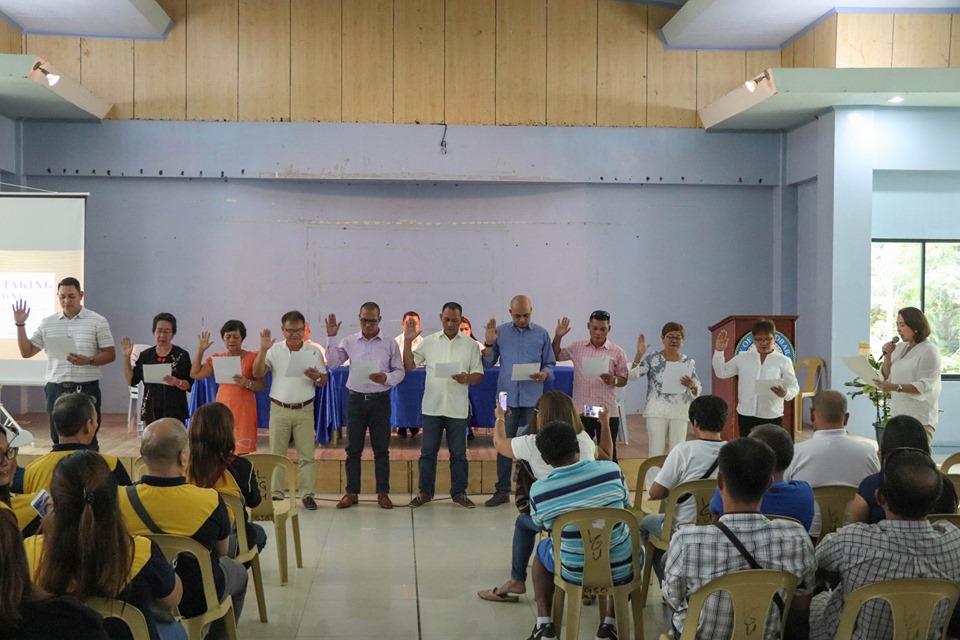 The newly-installed barangay captains are as follows:

Also present to witness and show their full support to the change of leadership in their respective barangays are the barangay kagawads.

Mayor Amante expressed her great joy for the support extended to her young administration and is looking forward to forging fruitful partnerships with the 31 barangays of the city in the days ahead.

By this everyone will know that you are my disciples, if you love one another.
John 13:35
DailyVerses.net