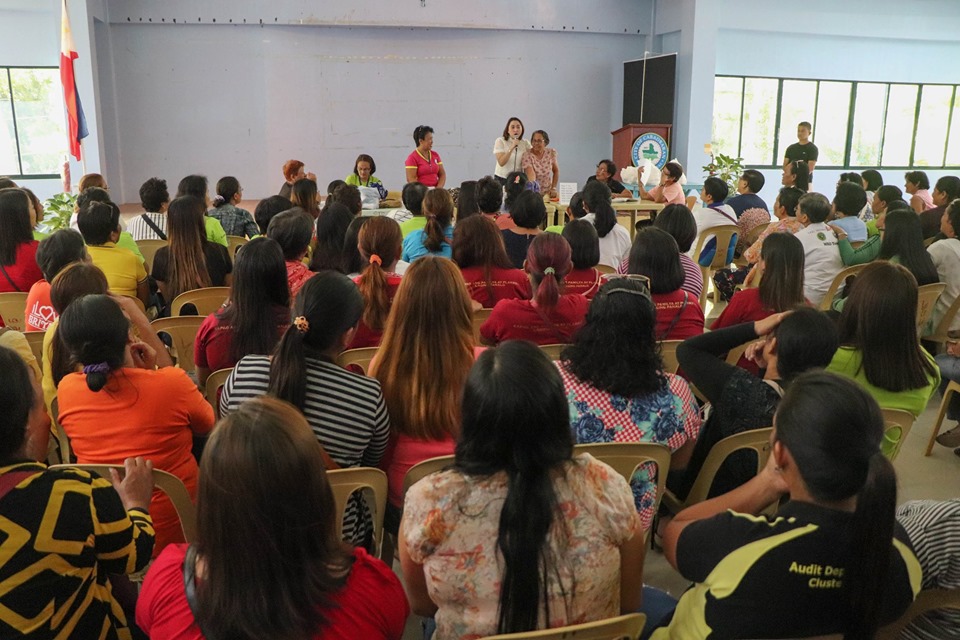 Mayor Judy Chin Amante started her day with a meeting with the two hundred ten (210) Barangay Health Workers (BHWs) of the city during the conduct of their regular meeting at the Social Hall of the People’s Government Center earlier today.

The City Government has been supporting the group through the provision of additional honorarium amounting to P600 per month for each BHW. Mayor Amante expressed her great appreciation to the group for their great contribution in the consistently successful implementation of the city’s health programs in the barangay level thru the City Health Office (CHO) being the supervising entity.

As her commitment, Mayor Amante will provide the group with a new BHW uniform which they can all wear during their general assembly plus an ID with a customized cord.

Save me, Lord, from lying lips and from deceitful tongues.
Psalm 120:2
DailyVerses.net